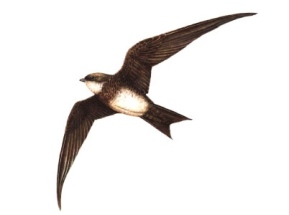 I’ve been airborne since
Augustus set the footings of the Roman Peace
—in that alone I flew two hundred years
without alighting once. My forebear’s bodies
so studied the inclinations of drafts
they bequeathed me wings and means
to defy grounded predators (their craft
is stealth and might while mine is
lift and flight)

…….….Free in vapor we’ve bet
that a universe of soil and stone
may last but that of blood and bone,
ligaments, limbs and breath
will be snapped as short
as the short straw in the short-sighted
lottery of man alone
.